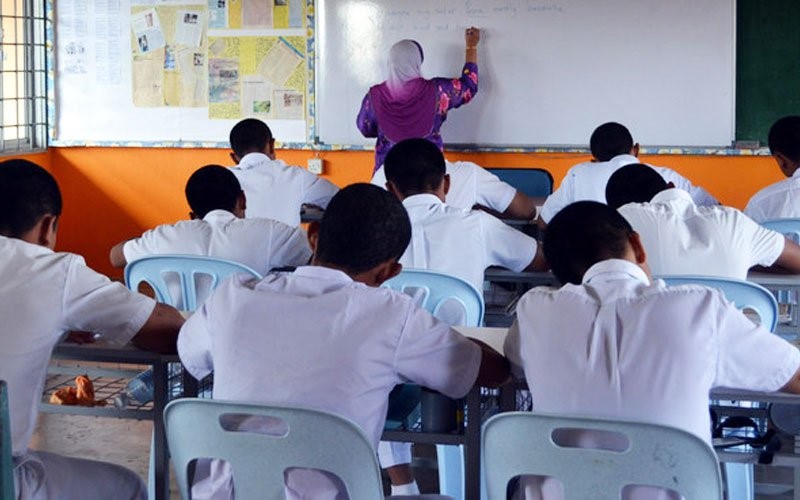 The Common European Framework of Reference for Languages (CEFR) represents the prevailing international standard for the teaching and learning of languages. It is a globally recognised framework for describing language learning, teaching and assessment. CEFR provides detailed descriptions of what foreign or second language learners can do in terms of listening, speaking, reading and writing at six levels of proficiency.

Language learners have traditionally been described rather vaguely as beginners, intermediate learners or advanced learners. They are given letter grades (e.g., A-, B+ or D) or numerical scores in reports or transcripts, but these grades and numbers do not say much about what a learner is able to do in the target language.

CEFR, however, is a little different. It also identifies three broad levels of language proficiency: Basic (A1 and A2), Independent (B1 and B2), and Proficient (C1 and C2), but it goes further and provides “can do” statements at each level to describe a learner’s ability in some detail and in a positive manner. In this way, we are given a clearer idea of what the levels actually mean. 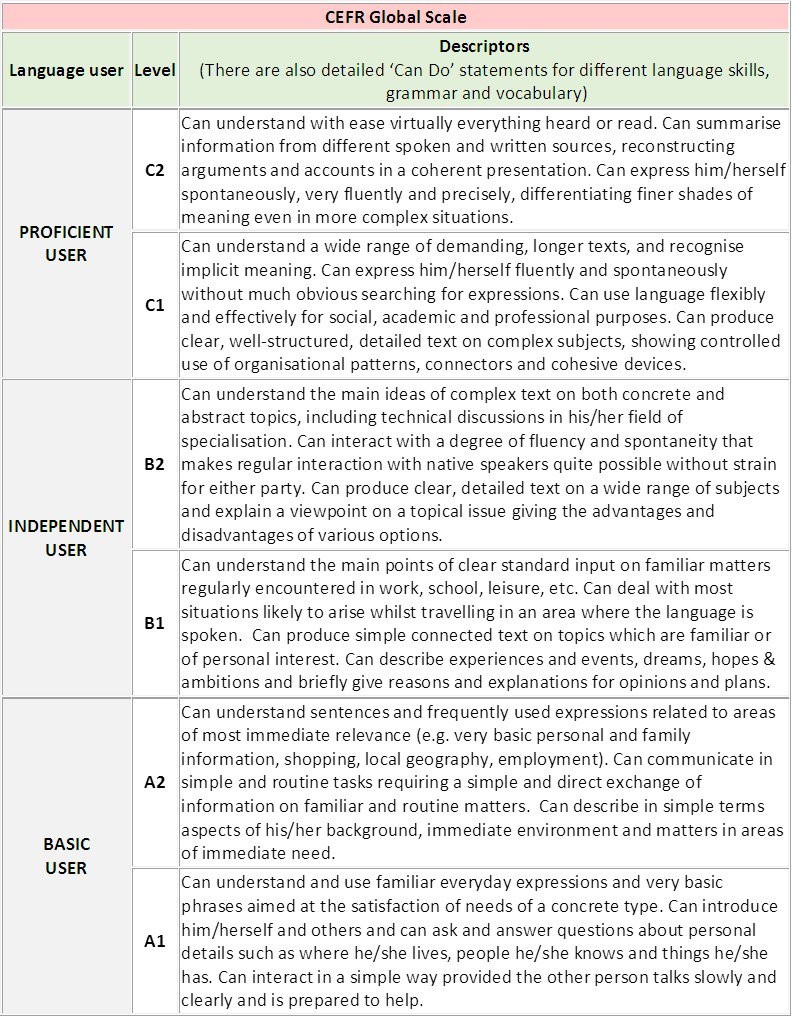 CEFR gives teachers, test developers, parents, the learners themselves, and eventually employers, a much clearer picture of what someone at a given level is capable of doing. In addition, the description of language proficiency can be understood and interpreted in the same way by users everywhere. A B1 learner in one school should in principle be able to do basically the same things as a B1 learner in another school or even in another country that also uses CEFR.

CEFR is a suitable and credible benchmark for English standards in Malaysia. It is the outcome of more than 30 years of research on language teaching, learning and assessment. Although it originated in Europe, CEFR is recognised in more than 40 countries and is now used in countries far beyond Europe, including Mexico, Canada, Japan, China and Vietnam.

Many international high-stakes tests such as IELTS, TOEFL and TOEIC are aligned to CEFR. For these reasons, CEFR features prominently in the reform of English language education in Malaysia, as laid out in English Language Education Reform in Malaysia: The Roadmap (2015-2025).

There have been several misconceptions and seriously false ideas about CEFR and its relationship with the roadmap, which need to be set right.

Misconception #1: CEFR is the reform plan

CEFR and the reform plan (the roadmap) are, most emphatically, not the same thing. The roadmap is an entire reform plan covering all aspects of English language education and all stages of education from preschool to university. CEFR plays a big part in the reform, but it is not the reform plan itself, nor is it any kind of plan. It is a framework of reference from which the roadmap draws the best available ideas about language teaching and learning.

Misconception #2: CEFR is an exam

CEFR is not an exam, but a framework which provides the basis for measuring and describing language proficiency at different stages of education, and which we are adopting for our schools and universities. Beyond school, a number of major international exams, such as TOEFL and IELTS, are already linked to CEFR, which means that scores from those exams correspond to CEFR levels.

Misconception #3: CEFR is a type of English

There are several “Englishes” in the world such as British English, American English, Jamaican English and Malaysian English which may differ in accent, pronunciation, vocabulary and spelling. But there is no such thing as “CEFR English”, “European English” or “International English”. CEFR merely describes what learners can do with a language.

Misconception #4: Malaysian children’s proficiency will be evaluated against native-speaker proficiency

Absolutely not. The “can do” statements describe a learner’s ability to communicate in a foreign or second language. We want our children to use English grammar correctly, acquire a good working vocabulary, speak fluently, interact appropriately and produce comprehensible and intelligible English. But they are NOT being measured against some native speaker or “European” standard, which does not even exist. They are not expected to sound like native speakers of English or achieve the same level of mastery, especially in school.

The roadmap sets aspirational targets based on CEFR, as follows: 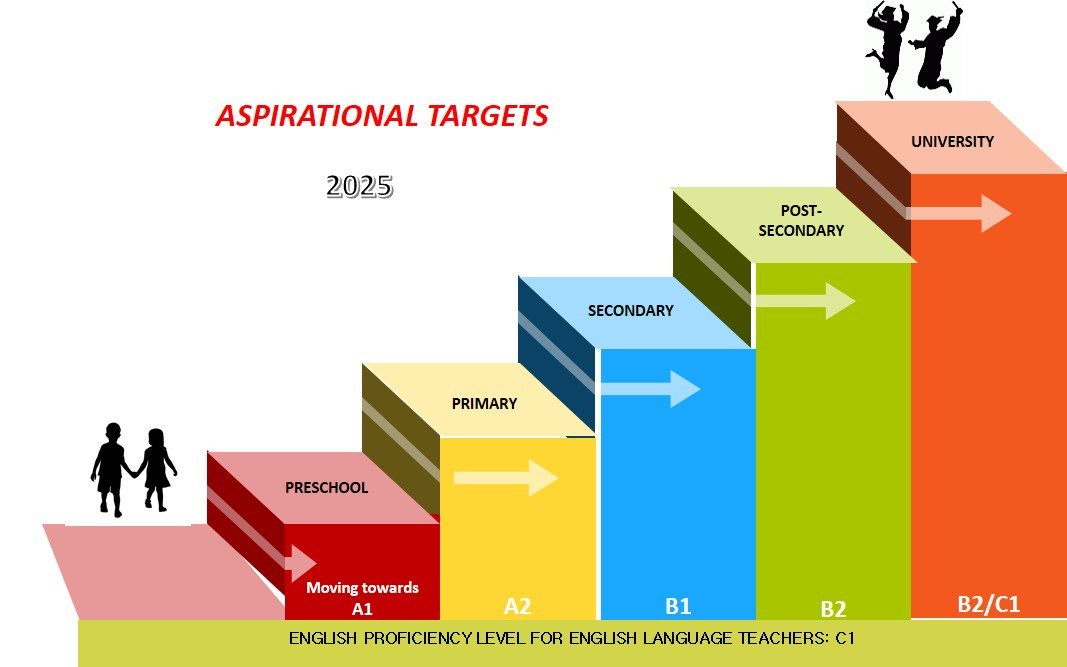 The target for graduates is B2 as this is the level at which they can expect to get a job and function adequately in English. Graduates from TESL, English language teacher education and English-related programmes are expected to reach C1 by the time of graduation.

CEFR makes it possible to track student progress along a continuum from preschool to university. It enables learners to compare their own development along the CEFR scale, rather than against the performance of other students. CEFR is also a guide for curriculum development, selecting appropriate learning materials and developing assessments at the right level for each stage of education.

The target for Form 5 school leavers is B1. At this level, they should be able to understand the main points of input on familiar matters, cope with likely situations as a tourist where English is spoken, produce simple connected text on topics which are familiar or of personal interest, give a simple description of experiences and events, talk about hopes and ambitions, and briefly explain their opinions.

The target for university graduates is B2. At this level, they should be able to understand more complex text, handle more abstract topics and technical discussions, and interact comfortably with native speakers. The higher level C1 is a requirement only for those who will go into specific careers, such as English language teachers. These are minimum expectations. There will of course be learners who excel and progress beyond the targets.

Zuraidah Mohd Don is chair of the English Language Standards and Quality Council. Mardziah Hayati Abdullah is a council member.

The views expressed are those of the authors and do not necessarily reflect those of FMT.